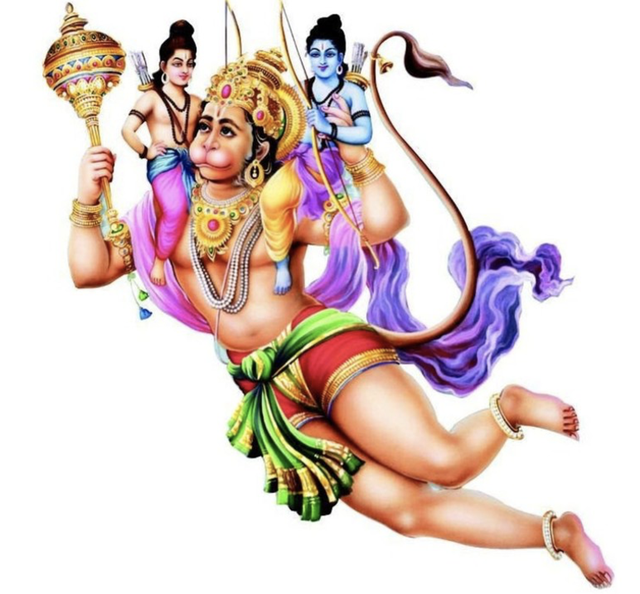 The other day my daughters aged 8 and 12 watched a video about Hanuman – The thinker, the visionary, and the mighty in Lord Rama’s team. They were thrilled about Hanuman and his achievements. I told them that you both could learn great leadership lessons about recruitment from his story.

For those that are not familiar with Ramayana, it is an Indian epic that narrates about the Divine Prince Rama, his fights against the demon kings, and the struggles he went through while rescuing his wife Sita from Demon King Ravana who abducted her. Visit https://en.wikipedia.org/wiki/Ramayana to get a synopsis of the Ramayana if interested

Rama’s wife Sita was abducted by Ravana when they were living in the woods and when Rama was away on a hunting trip. Rama and his brother Lakshmana had no clue who abducted Sita or if she was alive or not. They were searching the woods by calling her name. Hanuman (https://en.wikipedia.org/wiki/Hanuman) who was a minister in the cabinet of the exiled monkey king, Sugriva heard those callings and was worried that his brother Vaali who was the king of Kishkinda might have sent some warriors to kill him. Sugriva asked his minister Hanuman to check on Rama and Laxman. At that time Rama and Lakshmana were wearing Yogi Attire, but their bows were no ordinary. Hanuman asked Rama that they were not ordinary looking by the size of their bows but their outfit was and asked who they were actually. Hanuman impressed Rama by asking smart questions. Rama was impressed by Hanuman’s observations and thought to himself that Hanuman is a Wiseman. Hanuman asked Rama for whom he was looking. Rama told the story about his wife Sita that was missing. Sita removed her jewelry and packed them in a cloth and dropped it from the Pushpak (The private jet of Ravana). Yes, private jets were mentioned in Ramayana thousands of years ahead of H.G. Wells science fiction). While the Pushpak was passing over the mountain Rushyamuka, Sita spotted Hanuman and others on the mountaintop and dropped the ornaments to leave clues about her abduction to her husband and brother-in-law. Hanuman found the jewelry package and noticed them to be very valuable and kept it. Hanuman showed those ornaments to Rama, and he identified them as his wife’s jewelry. Rama was very happy to find the traces and possible abduction of his wife. Hanuman told Rama that the Pushpak was heading in the southerly direction. Rama concluded that he needed Hanuman in search of his wife. It turned out to be the best recruitment decision Rama ever made by analyzing the events that happened in the process of Sita’s rescue. Rama helped Sugriva get his kingdom back when Sugriva agreed that his army and Hanuman would join him in the search of Sita. Rama sent the army in four directions in search of Sita. He entrusted the search of Sita in a southerly direction to Hanuman.

Hanuman crossed the ocean and got to the island on the southern tip of India.

Hanuman found Sita in Ravan’s island kingdom of Lanka. He showed her the wedding ring that Rama gave him as an identification that Rama was alive and Hanuman was the representative of Rama and comforted her that Rama and his army will rescue her soon.

He went to Ravana as an ambassador of Rama and advised him to release Sita for his good. He set the city of Lanka on fire when the outraged Ravana tried to arrest him. He returned safely to Rama and told him that he found Sita. Ram built a bridge to Lanka for his army to cross the ocean with the help of mighty Hanuman and other warriors.

Rama’s brother Laxman lost consciousness when powerful arrows struck him from Ravana’s son Indrajit in the ensued battle with Ravana. The team of physicians advised Rama to get “Sanjeevani” a life-restoring herb from Himalayan flower valley to resuscitate Lakshmana before the dawn. Rama was helpless and was crying. Hanuman flew to the Himalayas and brought the whole mountain as he was confused about which was the Sanjeevani herb and thus brought Lakshmana back to life.

Ravana deployed his illusionist friend AhiRavana in the abduction of Rama and Lakshmana from the battlefield when they were fast asleep. Hanuman rescued both the brothers from Ahi Ravana.

In the end, the great demon king Ravana was killed by Rama with the help of Hanuman.

The epic story of the divine prince Rama was possible because of Hanuman’s epic contributions.

The story of success from epic Ramayana to today’s Microsoft, Amazon, Google and Facebook, and other great companies is about the greatest people they assembled to make their vision a success and is a time-tested recipe for success.

The best foot forward for small and big companies is having the right resources in place which makes a huge difference between success and not so successful. It is the synopsis of Ramayana that I discussed with my daughters. I hope they got the point!