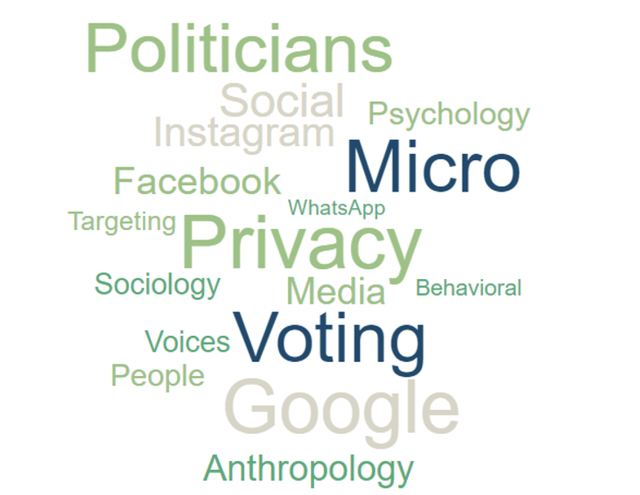 Last week, I had the opportunity to discuss with the IT head of a major Indian political party. He wanted to better understand how aapoon could cater to the needs of his party members (political candidates, party volunteers, and party management). The party has been using WhatsApp to campaign in certain states – typically setting up tens of thousands of groups in a single state, with thousands of people required to manage these groups.

He was interested in learning about how aapoon ( www.aapoon.com) would let them set up a structured organization for social media communications, and use just a handful of personnel to manage their aapoon groups. We then got talking about the tremendous level of privacy our platform offers our users, and he asked me, “so, how can you assure us that our millions of user accounts will not be misused or sold by aapoon?”

I then asked him to reflect on what his party had done with the WhatsApp groups set up – and to realize that by uploading all his party contacts into WhatsApp, they had effectively not only shared the content generated by their contacts with Facebook but that Facebook may be gaining financially by mining the data generated by the political party workers. As you can imagine, he was rather stunned when he realized this. (It is WhatsApp’s official position that the WhatsApp contacts are not shared with Facebook, however, they do reserve the right to share all other information and content from WhatsApp users with Facebook. Their privacy agreement also says that if you’re not happy with this, then you’re free to leave!) It is important to note that when WhatsApp was originally founded, they offered their users a tremendous level of privacy – which was kept in place for some time by Facebook after it acquired WhatsApp. However, of late those protections have been removed, and WhatsApp has now gone the route of Facebook in terms of user data being exploited for profit.

Recently, the Indian Military required all employees to remove dozens of apps from their mobile phones, including several Chinese apps, Zoom, Facebook, and Instagram. WhatsApp has been allowed to remain on their phones because of the perceived privacy provided by the app. Given that WhatsApp is now going Facebook’s way of exploiting users for their content, it's time WhatsApp’s status be reviewed by the Central Government and Indian Army for their changed practices.

Social Media companies are becoming vigilantes which should be a big concern for the people and the political parties. In the United States, we were always worried about Russian or Chinese interference in our elections. The threat to our democracy is no more external but also internal.